On February 24, Alen Simonyan, Acting President of the Republic of Armenia, received the Apostolic Nuncio of the Holy See to Armenia, Archbishop José Avelino Bettencourt. 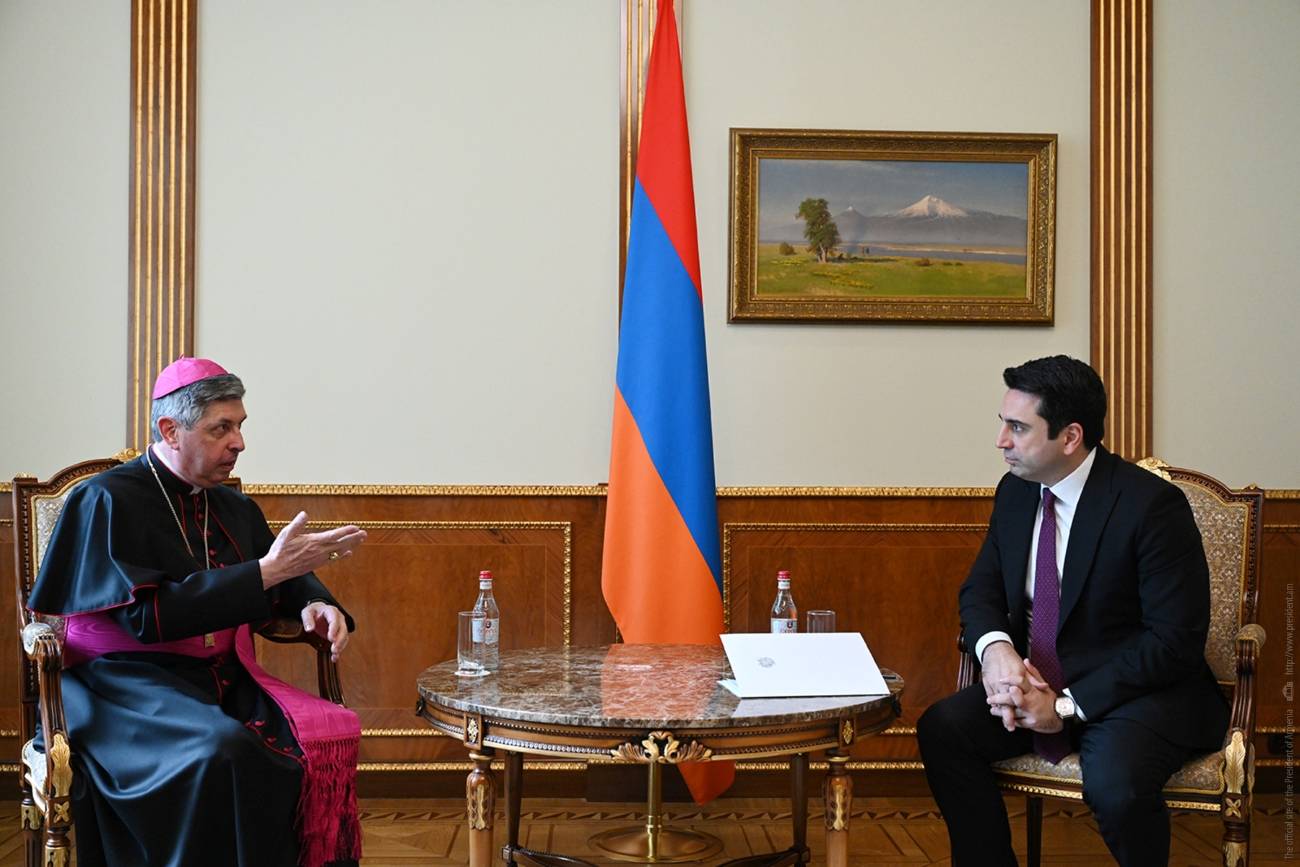 After the exchange of greetings, a conversation took place on the 30th anniversary of Armenia-Holy See diplomatic relations, which reaffirmed Armenia's interest and commitment to further deepen interstate relations with the Holy See. Alen Simonyan noted that a common historical and spiritual heritage underlies the 30-year diplomatic relations.

The Apostolic Nuncio Archbishop Bettencourt noted on this occasion that it is the 30th anniversary of diplomatic relations, but the friendship of our peoples has a history of more than 2000 years.

The Acting President praised the decision of the Holy See to have established an apostolic nunciature in Yerevan, which proves the priority given to the Armenia-Holy See interstate relations and the developments taking place in our region. In this context, they attached importance to protecting, preserving, and restoring Armenian spiritual and historical-cultural monuments in the regions under the control of Azerbaijan after the 44-day war.