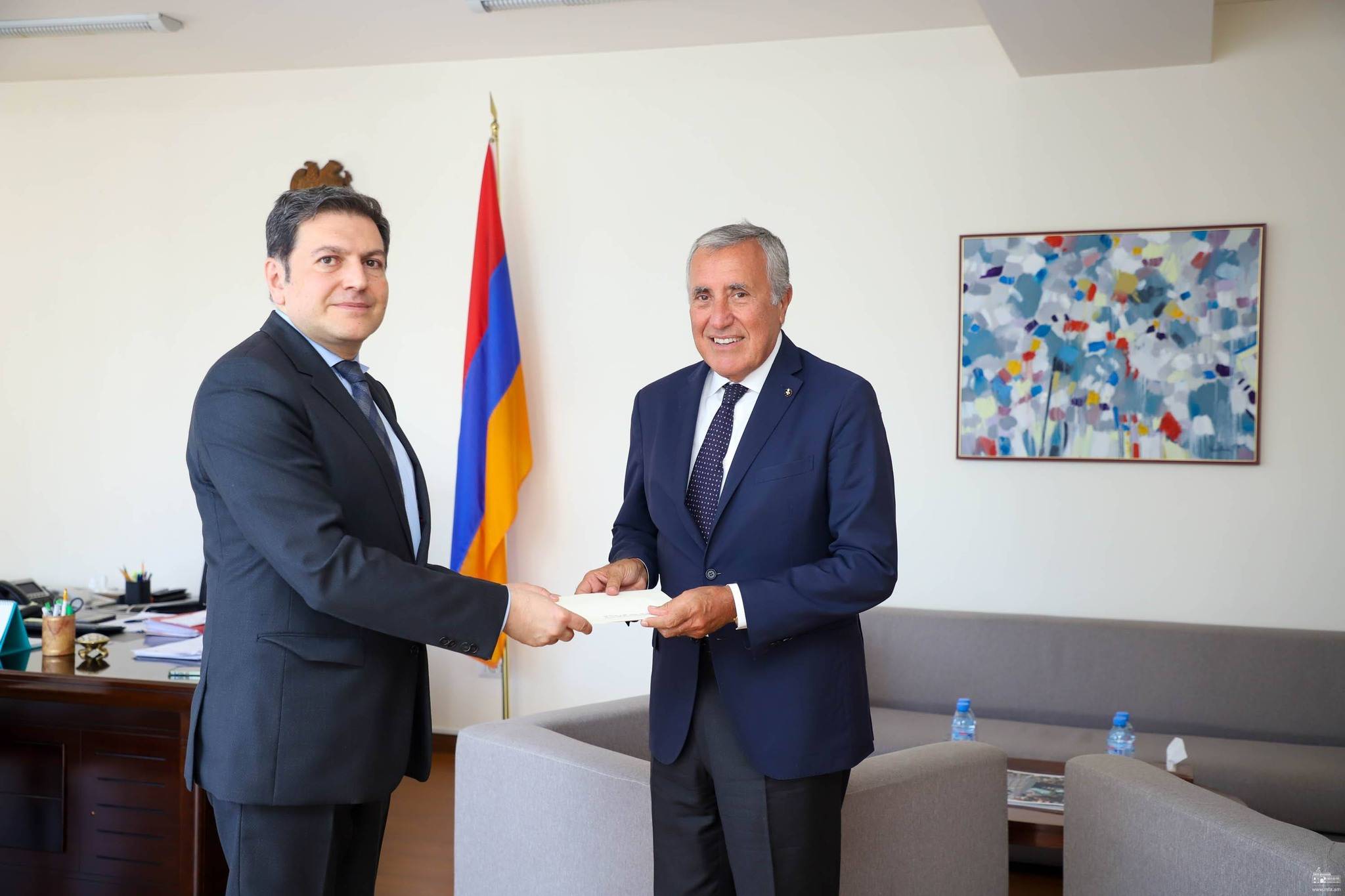 Օn October 5, Paruyr Hovhannisyan, Deputy Foreign Minister of Armenia, received Domenico Arduini, the newly appointed Ambassador of the Sovereign Order of Malta to Armenia, on the occasion of handing over a copy of the credentials.

During the meeting, the interlocutors referred to the future plans of the Sovereign Order of Malta in Armenia, as well as the possibilities of overcoming humanitarian problems.

The Deputy Minister presented the details regarding the consequences of the latest aggression unleashed by Azerbaijan against the sovereign territory of Armenia, highlighting the importance of targeted response of the international community towards condemning the Azerbaijani aggression against Armenia's sovereignty and territorial integrity.