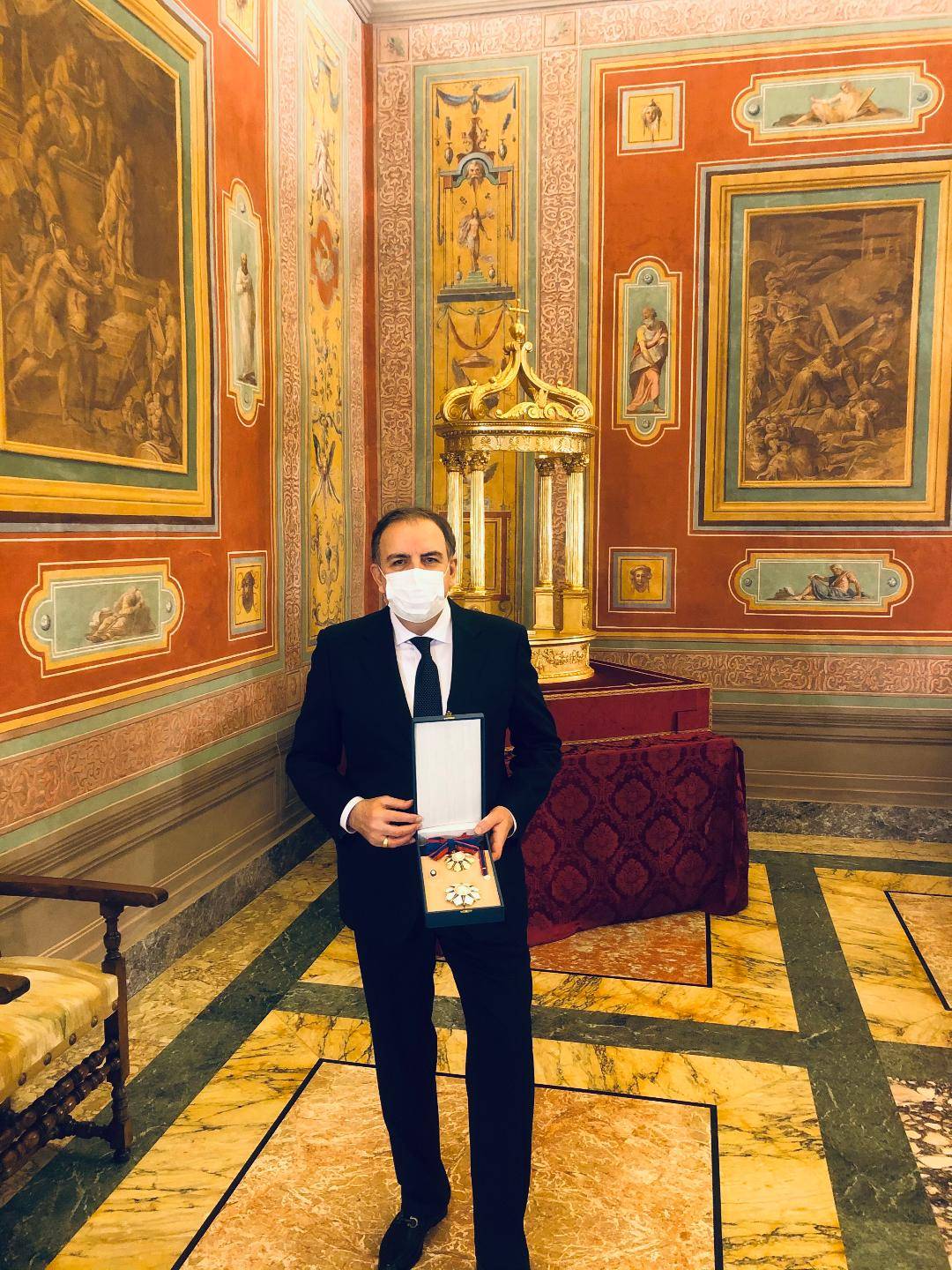 On March 25, Ambassador Garen Nazarian received the title Knights of Grand Cross of the Pius IX Order by Pope Francis, the highest distinction conferred by the Vatican on laypersons. The decoration was presented to the ambassador by Archbishop Edgar Pena Para, Substitute for General Affairs of the Holy See Secretariat of State during the ceremony held in the Apostolic Palace.